Patch 1.11 is now live, Suspects! Lets take a look at what we’ve included this time round. That’s it for this patch!

If you want to keep up to date with all the latest Suspects: Mystery Mansion news, you can follow our various social media pages and join our Official Discord Server! 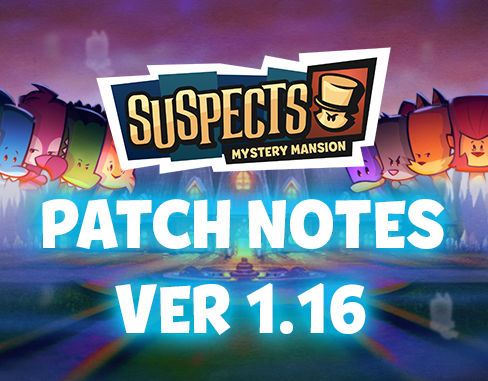