Our new Season arrives Aug 12 and we hope you’re excited as we are.

So grab your telescope, parrot and climb aboard as we go into depth on what (and who) is coming in our latest season.. Yarrrrr!

Hold on… Did you say Wanda the Killer Whale?

Yes, we did! Wanda the Whale is the official Gold Pass character for Season 4 — and she is awesome.

Raised by goldfish, Wanda always felt like a big fish in a small pond. Her singing skills earned her a successful career as an opera singer and attracted the admiration of the infamous Mr. Goat.

Wanda will be the official character of our Season 4 Gold Pass, which also includes several unique skins for the singing killer whale — including Captain Wanda, Valkyrie and Magical Girl.

In addition to Wanda, we’re also releasing a brand new set of themed skins for the new season. You’ll be able to dress your favorite characters up in pirate and nautical themed gear. Ever wanted to walk around with a massive fish on your head? Or a seagull? Or maybe you want to become a fearsome pirate captain and inspire terror in your opponents! We’ve got you covered.

In case you missed it, there’s a new Legendary skin now in-game. Say hello to the Invader Legendary Skin!

This skin comes with its own unique animations which let you send opponents floating off into outer space! It’s available in the shop right now, so what are you waiting for?

This week, we’re highlighting one of the most prolific members of our community, PepperPlayz.

He is a creator for both Suspects and our partner game, Zooba. Pepper makes amazing content, which includes animations, preview videos, and even the official trailers we publish.

Go check out their channel, subscribe and let them know we sent you!

That’s it for this week, Suspects. We hope you have a great time with the new season and can’t wait to see all the Wandas out there making a mark and having fun in-game. 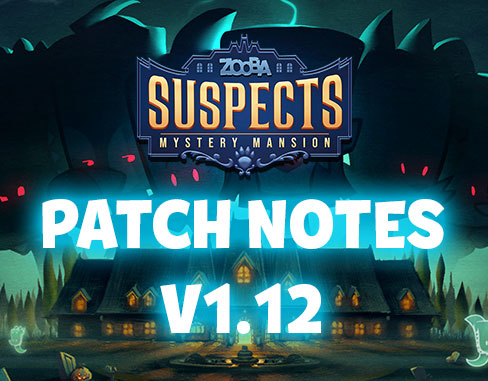