We’re here today with one of our very own Zooba team members! Henrique Chaltein, one of Zooba’s Game Designers, provides his insight on how the designing process works, what it’s like working in this role for Zooba, and much more!

Let’s learn a little more about him and his process!

How did you first join Zooba as a Game Designer?

I joined Wildlife as a Software Engineer in 2016. I worked on various games in the company as an engineer; Sniper 3D, Tennis Clash and even on Zooba during its launch. Over the years I got tired of the engineering job. It wasn’t for me… I felt more comfortable talking about features and planning them instead of actually programming them into the game. So, last year, I applied to change from Engineering to Design. I went through the recruitment process and passed all my interviews. And in September of last year I started as a Designer on Zooba.

What is your favorite part about working on Zooba?

Making new characters. The whole process is so much fun! From talking about the character mechanics, to seeing the artists bring them to life and the engineers and QA putting them properly into the game. I never get tired of it!

What is the designing process you go through typically?

Currently, most of the design work on Zooba is in character creation. We have a team of designers and we are usually talking about the game, the current characters and the new ones we want to add. We start designing a character for Zooba in these conversations, but each character can have different starting points: An animal we want to add, a mechanic we want to add, a different role we want to fill; etc… Once we decide on the animal and their overall mechanics, we make a few proposals for that character skills and prototype them. We keep prototyping and iterating on a character until we are happy with them. After that we show the character to the rest of the team and the production phase can start!

This is the process designing stages go through before being live! Click for a bigger view!

These are the concept sketches for Henry! Click for a bigger view!

Finally the character goes to QA aka Quality Assurance. They are the best Zooba players in the company so, while they are testing, I ask them to give me some balance input. We do playtests and the final tweaks and then the character is ready for launch!

It’s a long process that takes multiple months of development. Since we want players to not wait multiple months for the next character, we have multiple in development at the same time. That way when one character launches, the other is almost done and can be launched in a shorter time frame. We always keep at least one character in each stage of production, so there always is work to be done!

This is the first version of Milo! Click for a bigger view!

Who is your go-to character to play with?

Henry! I like using his Active Skill to quickly get in and finish foes; although I often overextend and end up getting killed for it… =p

What is your process when creating new skills for the characters?

It depends on what we want to do with the character. Skills can come from “what that animal can do” and how we can turn that into an interesting mechanic, or the other way around. Sometimes we have a really cool mechanic we want to add to the game, so we choose the animal based on that mechanic; in these situations the skill comes first. Actually making the skill is a very iterative process. We take the idea of the skill and implement it into the game. After we playtest them and see if the skill is fun to play and if it is providing to the player the experience we intended. If not, we adjust them, tweak them, reimplement them and, if necessary, throw them away and start from scratch again. It is a pretty fun process because it is very experimental. We just keep experimenting until we find something that is fun!

What is your favourite part about this role?

Expression sheet for Betsy! Click for a bigger image!

What is your process for when you are balancing characters?

I have access to a bunch of reports about how each character is doing at every point of the game. These reports are things like character usage rate among players, usual finishing positions for characters; character kill/death rate against each other, etc. I also get input from the Community department; mostly feedback from the players or some odd player behaviour on forums and such.

Given that information the design team decides which characters need to be tweaked and how we are going to tweak them. If the changes are simple, we make that change ourselves on the game’s code; if not we pass them to Engineering so they can make the changes. Finally we pass the list of changes to the Community department so they can write the Patch Notes and Engineering releases the Balance Patch in the next version of the game.

What are you most excited about with the big 3.0 update coming out?

The Primal Instincts! We all worked really hard on those! I am really curious to see how the players will react to them and how they are going to change the way players use the characters. I hope they have a lot of fun!

Do you have anything exciting you’d like to share about what Zoobsters can expect from Zooba over the next few months?

We always have new characters coming up. Right now we are working on some very exciting characters; most of them are very different from the usual! Some new designers joined the team and they are full of fresh and interesting ideas! Since we always have multiple characters in our pipeline, it will take some time for these characters to come out, but I think players are going to love them!

Can you share with us any cool images you have from when you were in the planning/ developing process?

Prototype Betsy: We took Fuzzy’s model and animations, added Molly’s textures for the brow color and added a flat capsule for the tail. And her logs? Droppable boxes of course! =D

Prototype Frank: This one I made myself! I took Bruce’s model and animation, added a Rock Texture for the gray color. Added 2 flat capsules for the ears and 1 normal capsule for the trunk!

We, designers, make these so we can test the characters skills and weapons; and also to show them to the team. We just use whatever limited art skills we have and whatever else we have on the game to cobble them together! Like they say, a picture is worth a thousand words, even if that picture is not that pretty! =p

Last thoughts and any comments you’d like to provide!

I’ve been a designer on Zooba for about 10 months now. At this point players have already engaged with things I directly worked on. It was such a great experience; to have so many people engage and like my work. I really love this game and love working on it also. I’ll do my best to keep making things people will like and keep making Zooba a better game!

And that’s it Zoobsters! We hope you enjoyed this special insight into the process that Chaltein goes through when creating for Zooba. Make sure to keep an eye on our Facebook and Twitter channels for future posts like this! 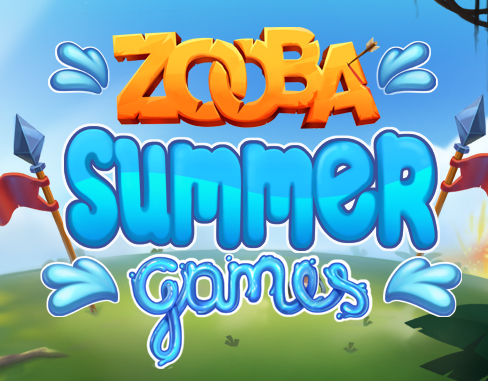 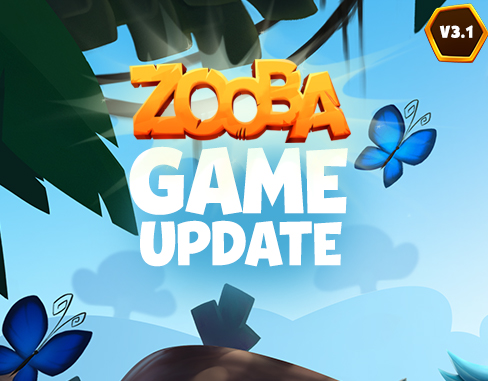 We know you’ve been waiting a long time for this character to join the Zoo and the time has finally come! Let’s welcome, Yara the Blue Macaw with update 3.1! 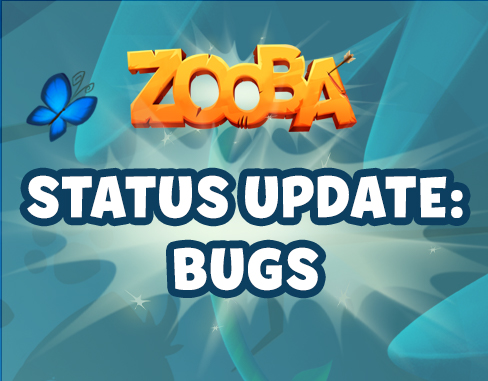