Optimize your score in Club Slam

When you’ve finished your daily round of Club Slam matches, there are now even more opportunities to get the most amount of Slam Points possible!

After finishing the 4 daily matches, the try again will be available in all courts for a sum of Gems, and you can try again as many times as you like, but please note that the Gem fee will increase with each attempt.

Our Christmas soundtrack and new splash screen have been added to the game to get you feeling festive!

Our latest patch includes the new Double Slam Point Booster and a bundle of bug fixes! 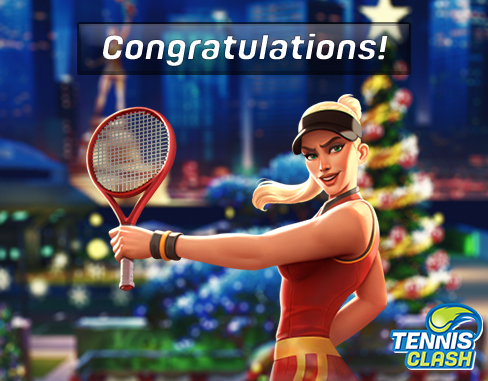 Patch 3.4.0 has a few minor updates which can be found by clicking the image above!