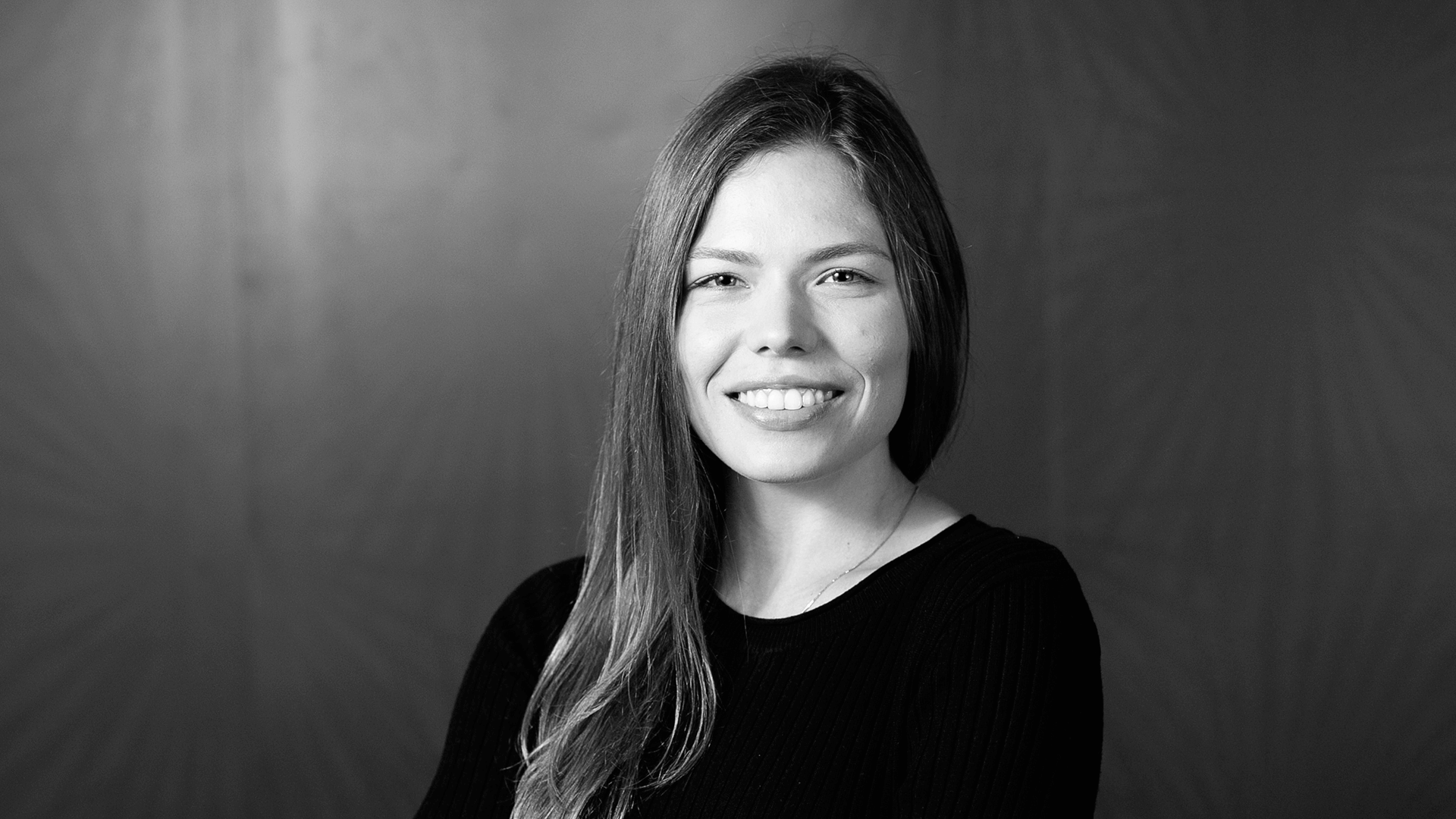 Ana Costa, Game Director of Tennis Clash, tells how her journey at Wildlife makes work a series of challenges to be overcome.

Getting a team to grow from 100 to over 700 people in only three years is one of those feats that tends to go down in history as a legend, especially since that leap came about without leaving something behind that the business couldn’t exist without—its disruptive culture.

At Wildlife, this “starter” is known as commitment. This value has been firmly incorporated in the company’s wide variety of areas, from the art department to the development team, from people with seniority to the newest arrivals.

Besides that, people at Wildlife are always talking about values, and good stories that symbolize this are always coming up. Take Ana Costa for example, Game Director at Tennis Clash.

Ana arrived at Wildlife in 2017 and dived right into everything that was going on. Since then, she’s been meeting the challenges of many missions accomplished and making good friends among her coworkers.

Born in Jacareí, a city in the interior of São Paulo, Ana graduated from the prestigious ITA (Instituto Tecnológico de Aeronáutica) with a degree in Aeronautical Mechanical Engineering.

After a period of internships in consultancy companies, Wildlife became her first “real job” with a very strategic position right from the start. “In my last years of college, I knew I wanted to work with technology, but I never dreamed it would be in a gaming company. Wildlife was a big surprise,” she says.

Ana had never heard of Wildlife when the recruiting team contacted her for the first time. “So I was a little suspicious in my first interviews,” she explained. As the process continued, suspicion quickly gave way to interest—not only in the job itself but in the people who would become part of her daily life.

“As I learned more about the company and interacted with some of my future co-workers, I was sure that was what I wanted. When Arthur [Wildlife’s co-founder] called me with an offer, I accepted right away.

“I realized that Wildlife was a place where I could be part of building something big, alongside some brilliant people who could teach me a lot. I saw an opportunity there to do my life’s work.”

A START WITH SCANT EXPERIENCE AND MASSIVE POTENTIAL

Before joining Wildlife, Ana was not a hard core gamer, but games were definitely part of her life. Chess, to be specific.

“I learned how to play chess with my brother when I was 4 years old, on a board that was my great-grandfather’s. I played all throughout my childhood and teenage years, years I spent leaning over the board during most of my free time and traveling on weekends to compete. Even if I wasn’t in the habit of playing on consoles or smartphones, I like to think I’ve always had a gamer mindset,” she revealed.

As a former chess player, Ana understands strategy, and so she knows what a good game has to have in order to engage a player in the very first match, and that is how she works with Tennis Clash.

The game, considered one that most closely resembles the real sport experience on a mobile device, was launched last October, after intense work and major internal movement, according to Ana:

“There were only 8 of us on the team and all we had was just the basic flow of a tight game. After some preliminary tests, the potential Tennis Clash had become apparent, and with that Wildlife started reallocating engineers and artists from other projects to our team. In a few weeks there were 50 of us with the goal of delivering the whole game in 2 months.”

The mission was ambitious: bring a gaming experience to smartphones that closely resembles the third most popular sport in the world, just behind soccer and basketball.

“The objective was to create a dynamic that was attractive for those who like the sport, but also intuitive for those who never had any experience on the court. For that, we went deep in our research to understand how tennis works, from the physical aspects to the strategic ones: we had tennis classes, read articles on the physics of the ball in flight and watched several matches together.”

From the looks of it, the effort paid off: Tennis Clash performs exceptionally well in countries like Italy, Switzerland, and Spain, where tennis is a popular sport, and it’s also in the Top 10 sports games in over 100 countries.

Curiously, Ana’s connection with sports at Wildlife is not limited to Tennis Clash. One episode, in particular, was a milestone in her history with the company.

“In 2018, Victor [Lazarte, Wildlife’s CEO and co-founder] invited the team to travel to Fernando de Noronha and run a half-marathon there. In order to ‘win’ the trip, we’d have to train three times a week for 4 months. I had never run before, but I accepted the challenge,” she says.

The mission in Fernando de Noronha was accomplished, but the celebration didn’t last for long. “That same day, Victor challenged us again: run the Paris marathon. I couldn’t believe myself, that I was about to say yes, but I signed on the dotted line again. This meant following a training routine for 6 months and then running those 42 kilometers. It was an amazing experience,” Ana remembers.

All this has brought her closer to her coworkers and running has become part of her life—to this day, she trains on her own—and taught her a lesson:

“I learned that if you want to reach a goal you have to commit to it, and be consistent and disciplined in order to reach it. In the end, thinking strategically is a matter of investing energy in the things that really matter.”

And energy is necessary, because not only did Ana take on more responsibilities with Tennis Clash, she also founded Women++ in 2018, an affinity group with the goal of stimulating gender diversity at Wildlife.

“The gender inequality issue is systemic and hard to resolve without a conscious effort.  To do this, we designed the way we wanted to address the question. One of the pillars is the atmosphere—create a culture where women feel welcome, respected, with counseling and mentoring so they too can be successful,” she says.

Ana explains that one of the most important parts of working with Women++ is recruiting, i.e., establishing goals of including women in the selection process, making them aware of the positions that are available and training the ones who hire regarding unconscious bias.

“It’s also important to work to reduce the social gap and, for that, we are investing in educational activities for women in technology, and we have other projects for getting out of the bubble, reaching more and more people. This year, these initiatives have gotten even stronger with the addition of Taíssa Cruz, Head of Diversity and Inclusion, who is also thinking about racial and LGBTQIA+ diversity,” she says.

According to Ana, recruitment focused on gender equality nowadays is an agenda that all the teams have.

“When I got here, there were only two women in the gaming area, now there are 34 of us. Diversity gives you a competitive business advantage. After all, different backgrounds result in a broader view of the issues, resulting in more creative, comprehensive solutions. So it’s important to leave outdated paradigms behind so we can attract new talent and be the first.”

With so many challenges to face during her three years at Wildlife, Ana has kept renovating her energies in order to take on more and more responsibilities, but she has also understood that having fun is an essential part of her everyday life, just as important as her professional achievements.

“We joke that, at Wildlife, unlike other companies, when the boss comes over to the table, people close the spreadsheet and open their game,” she says.

“It doesn’t feel I’m working; it’s light, it’s satisfying. It is something that’s part of me; therefore the company’s results are my results. This feeling makes everyone try to deliver their best, striving to outdo themselves; I see it as something natural for the whole team.”

This relaxed attitude is the secret that has made the whole group involved with Tennis Clash grow from eight to 50 people without everything descending into chaos. According to Ana, this is possible only when everyone is committed and walks together.

“Everything we do becomes a reflection of who we are to achieve maximum potential. I trust the company will value me and, when it delivers the goods, I know I’ll grow with it. This is just one more reason for me to see myself at Wildlife for many years to come.”