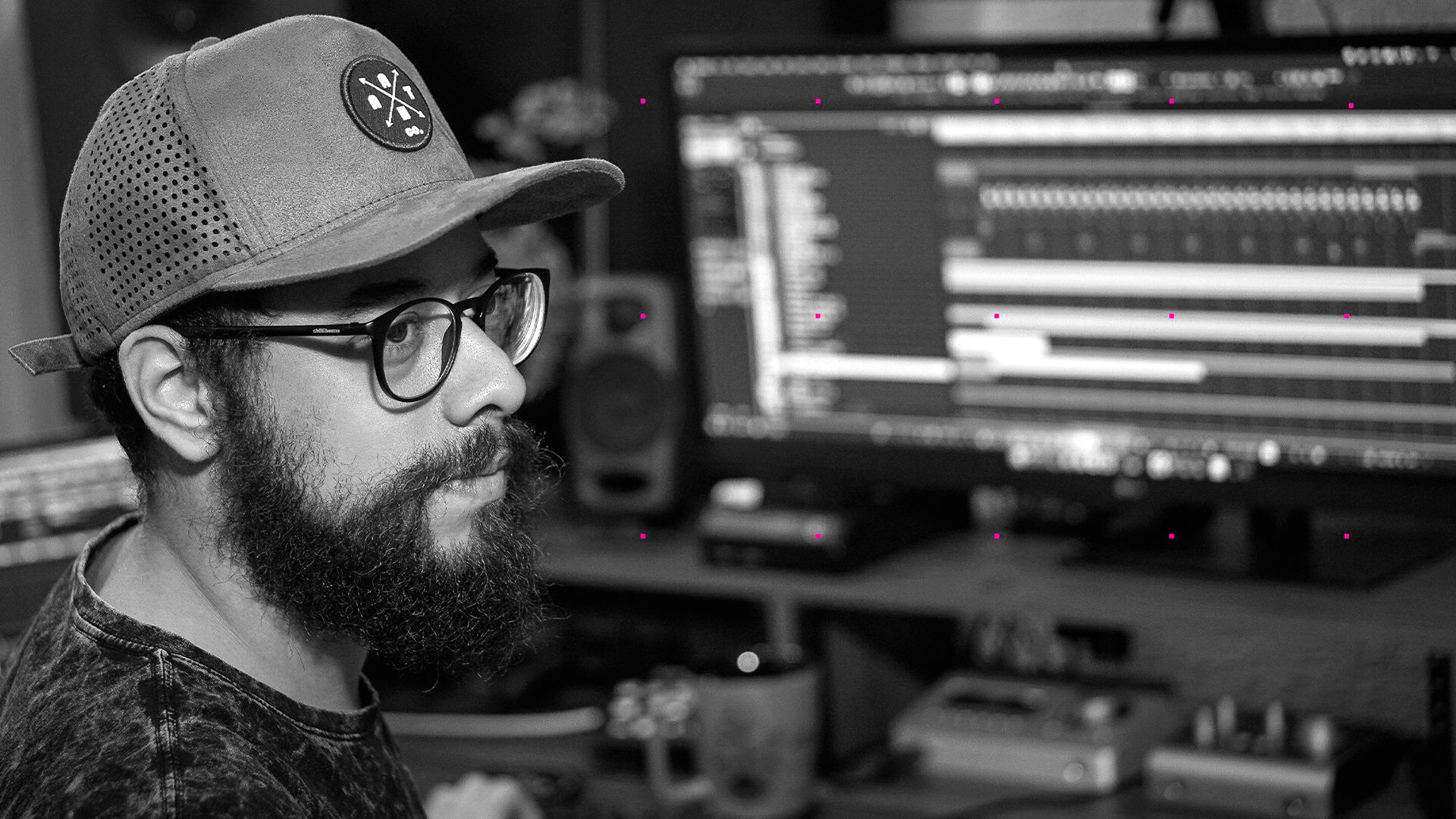 Fernando Pepe shares his story and the fun challenges of creating music and sound effects for games at Wildlife.

Have you ever noticed the sound it makes when you capture a unique item in a game or when some danger approaches? What about that song from your favorite game that gets stuck in your head?

All of this results from a complex mix between technique and art that is part of the daily life of a Sound Designer such as Fernando Pepe, who has been in this role for five years and joined the team of wilders at Wildlife Studios in July 2020. Recently, we had the opportunity to talk to him. He shared his experience and offered tips for those who want to pursue a career in this area, which is fundamental to create an immersive experience in games.

In 2011, with a degree in Game Design from PUC, Fernando Pepe entered the game’s universe, starting in the development department. Although it was not a program focused on sound, he says it gave him a significant foundation to pursue a career in creating audio for games.

His interest in music, however, had been around since childhood. And the opportunity to work as a Sound Designer came when he worked at a corporate game development company that had little demand for a sound and, therefore, did not have an in-house professional dedicated to this task. Pepe was interested in it and started to learn about it and to take this responsibility for himself. Then in 2018, he opened his own production company, where he also developed projects for films and acquired the experience that brought him to Wildlife.

To define what a Sound Design is, he explains that, just as there is a visual intention in art direction, including studying color theory and the feelings they evoke, sound also has an immersive role in inducing players to make decisions. “The role of sound is to provide information and create a Pavlovian effect – when you hear a certain noise, you give a conditioned response. All gameplay feedback is emotional, and sound is a resource that conveys emotion and triggers sensations without the need for actively paying attention to it”.

Therefore, each project has a sound and artistic intention that makes every game have its own identity. “Even though the same team is responsible for both projects, Zooba is fun, cool, and cheerful, despite being a battle between animals. On the other hand, “Suspects” is more of a noir and required a detective ambience, different textures, something like the 70s”, he explains.

Although each game has its sound universe, Pepe says that it is possible to use some resources to ensure a recognizable unity in Wildlife’s productions. “We work on elements within the games to create this connection and establish the artistic identity of the studio. For example, Suspects has arcades on its setting, and they show Zooba or Tennis Clash matches, and it also has a radio that plays Zooba songs”.

This is just one of the tricks of a Sound Designer. Pepe also reveals that this professional’s toolbox ranges from sound banks that contain previously recorded files to sounds recorded exclusively by foley – a technique that consists of creating sounds in the studio such as steps, doors opening, furniture being dragged, or even sounds that require voice.

He remembers how fun the process of creating Halloween music for Zooba was, the first job he produced at Wildlife. “There are voices of the entire audio team there; we recorded ourselves singing and then mixed these voices as to give them a zombie texture. You can feel the fun atmosphere in the result, so much so that the fans soon took the music from the game and used it to create videos on YouTube. That’s great feedback!”

Video created by I Love You Gaming

DAYS OF TECHNIQUE, DAYS OF ART

One of the challenges of Sound Designers that work on mobile games is that these games lose a little bit of immersion compared to PC or console games. After all, in addition to the fact that these devices have another level of performance, those who play them often use headsets to improve their experience. Details like these make a difference when we think about a sound project, says Pepe.

That’s why it is necessary to understand what happens in people’s ears and how the devices transmit the sounds.

“It is important to study a lot about audio, music, and also take mathematics into account, because we must not forget that sound is physics. All of this interferes with the result and helps to avoid quality problems or even equipment breakdown”, he warns.

Pepe also points out that a Sound Designer for games has the advantage of working with Engine and Middleware, the software responsible for integrating production software and the game itself.

He believes that one of the benefits of his training in game design is that it allowed him to master these systems. “The first thing to do is to understand the difference between game audio and linear media. In games, music and sounds change dynamically, following the player’s actions. Even though the production is the same, it is essential to know these specifics to create something that sounds natural”.

The sense of realism needs to be the same for fantasy situations and those inspired by the real world. “Releasing a fire spell requires many sounds to create all the movement of this action. This sound requires a long creation process, and it also involves a lot of system design. Even the noise of a car engine, which is a reproduction of the real world, has a dynamic structure that depends on speed, distance, and direction. In other words, it requires several files for an interaction that seems simple”.

As an experienced professional in a particular area, Fernando Pepe’s first tip for anyone who wants to follow in his footsteps is: don’t give up. “To learn and gain experience, it is worthwhile to create a portfolio based on personal projects and to participate in game jams; after all, only those who demonstrate some experience advance in their career and are hired”, he says.

Game jams are developer meetups to produce a game in a brief period of time. Like all creative work and producing, you also need to look for references and learn about the experience of those who consume games. The best way to do this, according to Pepe, is to play.

“Those who don’t play tend to make mistakes because it is necessary to understand the players’ behavior in response to sound. For example, in collective online games, people talk, so loud music can disrupt this dynamic. In competitive games, however, music helps to create a cinematic experience. It is necessary to understand the priority of things in order not to provide a bad experience”, Pepe points out.

He says that he tries to enjoy his playing but without losing sight of his analytical eye and follows the projects of other companies as a benchmark. “Games are multidisciplinary, and each element guides the result. The criterion is common sense, which you can acquire by accumulating references and experience”.

Finally, a practical tip for those who are starting to work with sound. “Although the role of a Sound Designer is to put effects on everything that requires player feedback, you must be careful not to make it annoying and to avoid listening fatigue. Sometimes the absence of sound is also an important choice”.