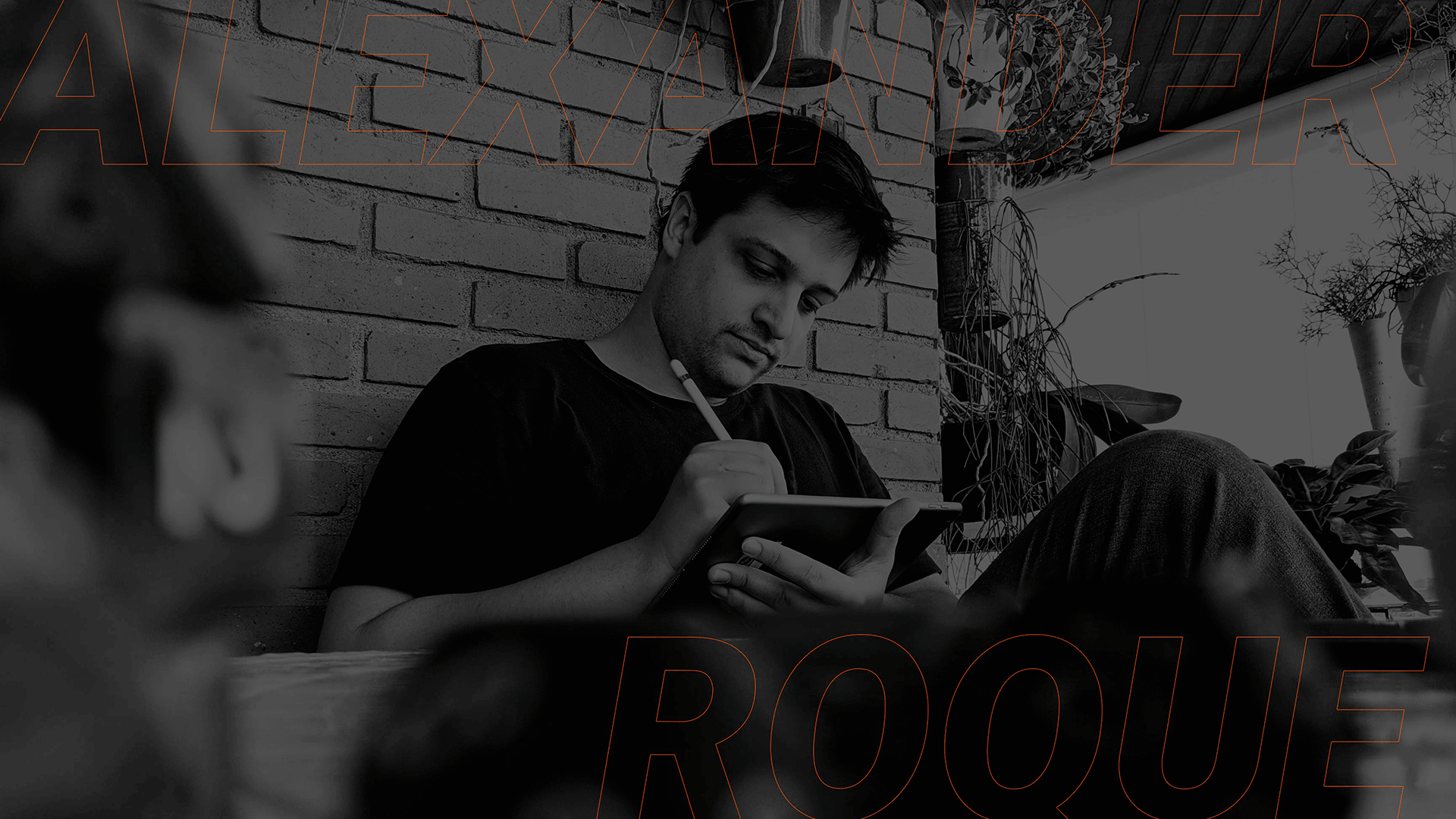 Alexander Roque, Game Designer at Wildlife, believes that mobile games need to be simple, but deep at the same time.

In the video games industry, the Game Designer role usually holds the curious stories about passionate professionals who began their careers in a completely different field, and then fell in love with making games. Alexander Roque, who’s been a Game Designer for a year and nine months at Wildlife (in São Paulo, Brazil). Graduated in mechatronic engineering, for example, and although having spent several hours playing games in his teenage years, his first job experience was making ice cream machines.

Alexander’s plans changed when he started studying Artificial Intelligence. And, in a period of three months, between working at the old company and studying AI, he ended up making a game – and that was his gateway to Wildlife. “I showed that game to someone who was already working here, and I went through a publishing process, but in the middle of that process I was hired.”

BEFORE BEING A GAME DESIGNER, BE A GAMER

Alexander is the longest working Game Designer at Wildlife, but he says that he had never studied anything related to games before. His knowledge was somehow carried from childhood, so he accepted the challenge to grow as a game design professional. This push, given by the company itself, was crucial in his new career.

We believe that everyone is a Game Designer. Everyone is thinking about the player’s experience. Wildlife professionals are highly skilled in several things. So, programmers also understand that they need to create a great experience for the game, for example.

Alexander has played games since he was a child, and was devoted to his Nintendo 64. “At that time, my mother used to ask me to stop playing all the time, which is funny because today she says it’s good that I played so much, because now I work with something I really love.”

In fact, his first idea for a game came to him when he was just eight years old. “I still remember: ‘Yoshis in Black’! I thought of a game in which Yoshis [one of the most beloved characters in Nintendo’s family] in suits and sunglasses, defended the world from aliens. I had some crazy ideas.”

Besides the Nintendo classics, Alexander says he is a big fan of Warcraft 3, especially because of the map editor, which allowed him to create his own levels and share with the community. Over the years, mobile games started to get Alexander’s ever growing attention as well.

I guess I play something around six mobile games a week. I do it as an exercise, to help me create. Regarding genres, what defines me more as a gamer is RPG, but not just mobile RPG. I enjoyed MMOs too. Nowadays, I really like mobile MOBAs, which also have some RPG elements in them.

CHILLING AND EXCHANGING IDEAS AT THE “3 OF THE WEEK”

In addition to work as a Game Designer, Alexander also organizes one of Wildlife’s most traditional events: the 3 of the Week, a time to take a break and have some heartfelt debate about games among coworkers. The event happens every Tuesday, since March 2012.

Despite not holding the title of 3 of the Week’s creator, Alexander is known for his dedication to the ritual, and says that the meaning of this joyful moment is passed on to everyone who arrives. “The 3 of the Week came from an initiative by Victor Lazarte (CEO and cofounder of Wildlife). He noticed that people were always talking and sharing about games, and had this idea of ​​bringing everyone together in one night to talk about it.”

The initial structure for the 3 of the Week was very simple, mostly because of a smaller number of people on the team. Each Wilder presented three games that they had played in one minute. “This was at a time when mobile games were simpler. So, sometimes you could say everything you needed in a minute.”

But then the event started to get bigger, so in addition to games, food also became a must-have. Alexander says that “people would order some dinner and then talk about games while eating.” “It was a relaxed way of sharing ideas and getting to know the market.”

When Alexander arrived at the company, the structure was already different. The team was growing by the minute, so it got complicated for each one of the 70 people to make their own presentation. More complexity demands more organization. “Every Tuesday we would receive an email with a form to fill out with our food preferences (pizza is the classic dish). Then, we would go to the studio’s stage and enjoy our night.”

“Something cool about the 3 of the Week is that everyone shares a dish. You always end up getting to know people better because you’re sharing your food. Other people come to chat about the games they like and listen to your favorites too.”

Alexander says that at the 3 of the Week, mobile games are the biggest stars of the conversation, but nothing prevents other games (from other platforms) from also being taken to the stage. And it’s really a stage, because the event takes place at Wildlife’s auditorium.

For now, due to the pandemic, some adaptations had to be made both in the work routine of the teams and in the 3 of the Week itself, in order to guarantee the safety of all Wilders. So the event is still happening, but online.

“It’s not the same, of course. It’s one thing to be in an auditorium and another in a Zoom window. What we keep doing is making some time at the beginning of the meetings to talk freely, and then we start debating the games”. He guarantees that the debates are still intense, even in this virtual gathering.

THE PASSION FOR MOBILE GAMES

As one of the most senior Game Designers at the company, Alexander says that Wildlife has a very interesting look at the mobile market, which is gigantic.

We have a way of working that balances the logical ideas (observing a lot of data) and innovation. It is a very good balance and I believe this is the secret of Wildlife’s success: innovating with research.

The Game Designer has a special affection for a game developed in one of the Hackathons organized by the company (which happen every three months). “This is a game that combines a little bit of MOBA with a little bit of a game called Archero”, hints Alexander, who has participated in six Hackathons since he joined the company.

Launching a game is always a time of great anxiety, and everything has to be as polished as possible. For Alexander, the time of the launch comes when the team feels they can no longer hold on to the game, because it finally needs to go into the hands of the players. Even so, everything has to be done according to the plan. “We need specific dates, set months before, to get everything ready. The idea is: we will do everything we can until this deadline, because we need a timeframe in our minds.”

When the time comes, all the effort and tight schedule pay off. Alexander says it feels amazing when he sees people playing and having fun with something he helped create. “It’s incredible! I’ve seen some kids playing Zooba once, and it was a very rewarding moment for me. I thought it was awesome, because I was part of that happy moment. It was part of my job.”

Those “happy moments” are the result of hard work and a deep understanding of what makes mobile games great:

Mobile games have a very interesting characteristic: they need to be simple, but deep at the same time. What is sought is a simple interaction, but one that creates enormous depth. The depth, in mobile games, is much more attractive than complexity.

GOLDEN TIPS FOR THOSE WHO WANT TO MAKE GAMES

The first tip for those thinking about becoming a game designer, according to Alexander, is to play – a lot. “Play everything you can, and with a critical eye.” He explains that even if you don’t like a game, you need to try to understand why it didn’t work for you, and why other people like it.

The second piece of advice is… Make your own games! “Look for free tools, Hackathons and game jams events to participate. These events also help you find other people who are making games to exchange experiences.”

But where to begin? For Alexander, you don’t necessarily need a software to start making a game. “It’s possible, for example, to get a piece of paper, cut out some cards and start from there. It doesn’t matter the complexity at first, you can start small”, he explains. “If you’re having fun and someone else is enjoying the mechanics you created, congratulations! You’ve made a game! Now just start evolving from there.”