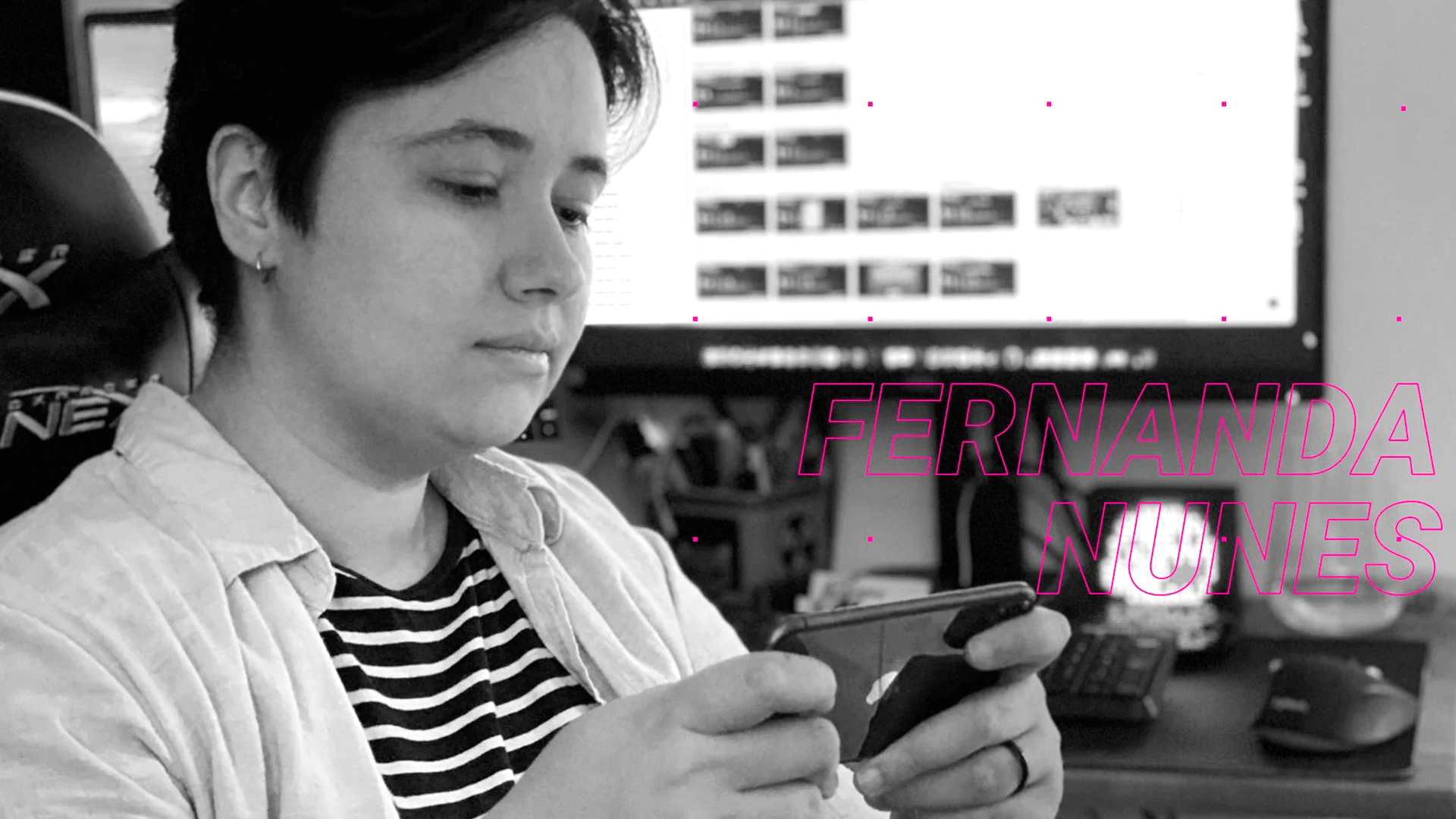 Fernanda Nunes, UX Designer at Wildlife, tells us how her team works to improve user experience and make our games more immersive.

As someone who enjoys taking things apart to see how they work inside, Fernanda Nunes always loved to look behind the game, so much that she started creating them. What was just a hobby became a career, and today she is part of Wildlife’s User Experience (UX) Design Team.

Fernanda has a Bachelor’s Degree in Design from FAU-USP, an interdisciplinary course, according to her. During her studies, she had the opportunity to do an exchange program in the U.S. and be a Game Design intern at the Game Innovation Lab at the University of Southern California, where she learned more about UX and game research. “In Brazil, we didn’t have many studies for UX for games. When I interned at the game lab, I had the opportunity to study more about the field”, she says.

Her gaming passion comes from childhood, stimulated by her father, who brought her into the videogame universe to avoid her getting hurt while playing outside. Fernanda then grew with a joystick in her hands and a desire to always discover more about that particular entertainment form. “After 2011, I started to get involved with game development and took part in every game jam I had the strength to be in. And that’s what I’ve been doing ever since”.

A good UX work results in it being invisible. Everything from the menus to command controls should feel like a natural part of the experience. The UX Design Team’s role on this is to work with the game’s elements alongside artists and developers to make the experience so fluid and involving that you just don’t want to stop playing. All while managing friction, the game feels intuitive, compelling and that the interface doesn’t interfere with the fun elements of the game.

Fernanda says that the home console market is different from mobile and lets us know that she developed a keen eye on understanding what makes them so much fun. What caught the attention of recruiters at Wildlife was her constant involvement with videogames – by her own experience as a player and her ever-growing curiosity about how they’re made.

“I always tried to follow the indie scene, where they experiment and produce a lot of innovation, as well as playing many games on my smartphone”.

At Wildlife, the UX department’s structure is just coming together. The objective is to create a “Human-Centered Design Institution”, where professionals must have their minds on the needs and demands of the players and every person and team involved in that game’s development. This way of thinking gives a more holistic view not only for the UX Design professionals but also for the entire company.

Fernanda explains that the UX Designers work collaboratively with the Product and Game Design teams. Together they define how the game will interact with the player, using psychology and behavioral patterns to design the game flow, menu hierarchy, and even how the game’s store is organized. She highlights that many of these things are introduced to the player even before they begin to play, so it is necessary to bring that feeling of “having a good start”. Here you see some of the screens of her work.

As for the game itself, Fernanda looks for details, such as giving feedback on actions taken and placing buttons on the screen. “In a smartphone, we mainly think about what needs to be easily accessible for the fingers, and what is more or less important [to show on the screen]”. That way, the UX and Game designers can work together and anticipate player error to develop the best interaction ideas possible. Therefore, this also crosses over with the work made by teams at Engineering and Visual Design. After all, everything needs to work together to result in a beautiful but functional and practical game.

BUT WHO WANTS TO BE AN UX DESIGNER FOR VIDEO GAMES?

Wildlife’s UX division is not only essential but growing, and one of its key challenges, according to Fernanda, is finding the right professionals with the right set of skills. “With Wildlife’s speed, we need more senior designers, who can work with autonomy and inspire others. These talents end up coming from other industries,” as was the case with her, who worked previously at a Fintech company.

For her, a necessary experience is the ability to see with the player’s eyes and understand that mobile games also have a business model. That’s why actually playing games is vital to building knowledge on how they work and how the thought process behind its interfaces and mechanics comes to life. “Games are forms of entertainment, and we obviously should worry about the fun factor. However, we have to understand that a game is also a product and needs to generate revenue, in the same way as someone who works in e-commerce and knows that the goal behind a friendly interface is to sell more”, she states.

Fernanda explains that it is also essential to understand the life cycle of a product. Having a strategic view and knowing how to do research are crucial skills to work with design for mobile games.

“The professional needs to know the process behind a product’s creation, which is necessary to understand the target audience, what other games are doing, and find out why some people spend money on the platform and others don’t”.

One of Wildlife’s key differentials, according to Fernanda, is its extensive gaming portfolio, which contemplates several genres and audiences, which brings opportunities for those who work there. “This is a company that has a desire for innovation, and that gives us room to come up with different ideas for games and features. We have all the support from other professionals to improve our work and put it to the test”.

On a daily basis, Fernanda points that this characteristic at Wildlife is reflected in the concern the company has to ensure diversity and inclusion across all teams. She sees this subject being treated with transparency and objectivity, and it’s an actual metric for success and a key element for motivation. “There is this drive to hire and accommodate professionals who are women, black or LGBTQIA+. It makes me proud to be a part of such a team, as well as having the opportunity to develop better games for everyone”.