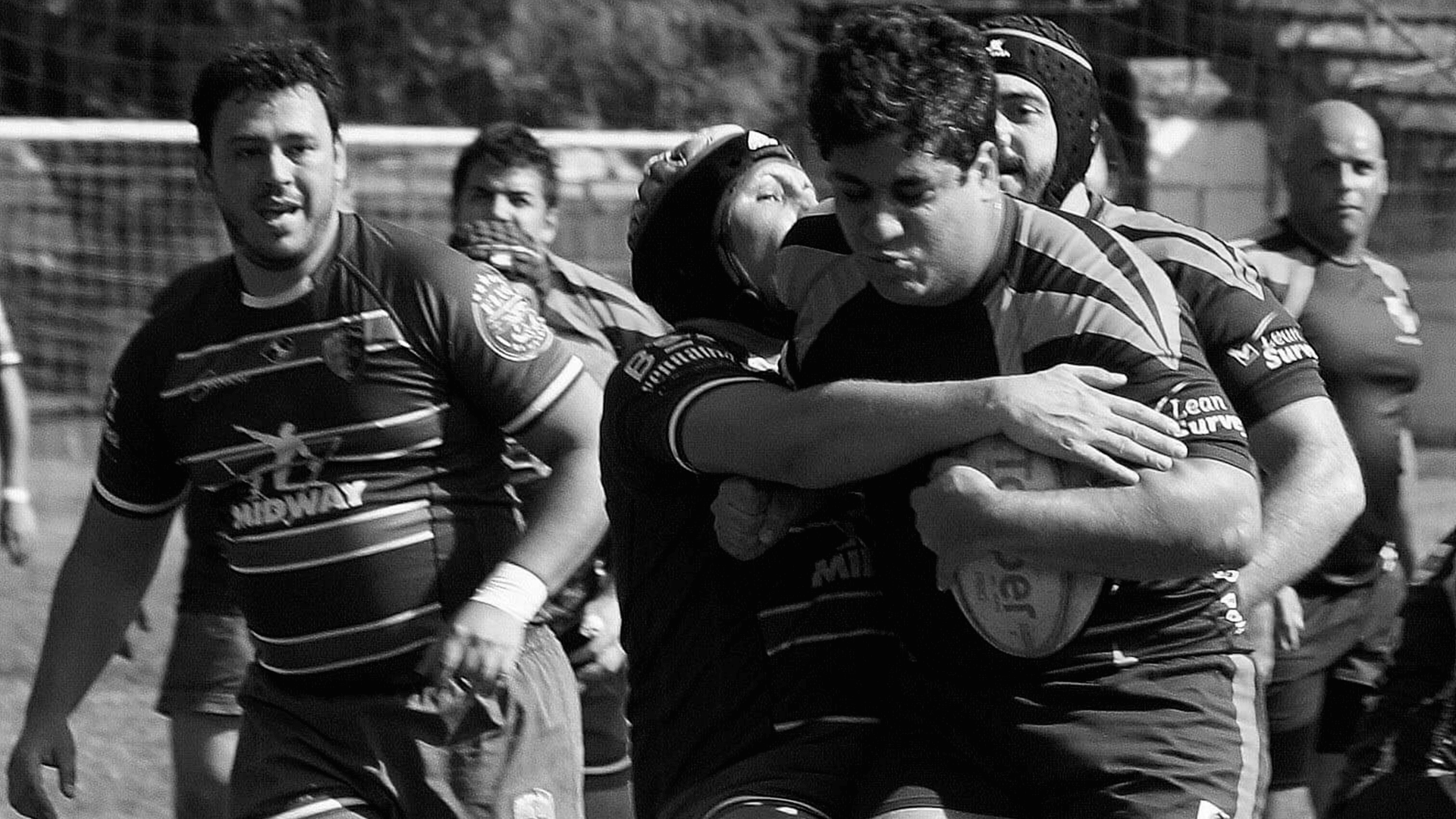 Learn about the trajectory of Rafael “Feld” Feldberg, Business Development Manager at Wildlife and rugby champion.

One cannot talk about Rafael Feldberg’s career without highlighting the role that sports play in his life. Feld, as Wildlife’s Business Development Manager is known to colleagues and friends, takes the saying “a healthy mind in a healthy body” literally and faces his professional and personal challenges with the focus and discipline of an athlete.

He has been with Wildlife for eight years, has an active role in the company’s growth and says that sports, especially rugby, has helped him develop his ability to work as a team. “In rugby, there are 15 players on the field. Everyone needs to understand their role in the game and support is mutual. Otherwise, the expected result does not happen”, he says.

In order to understand Feld’s story, we need to go back in time, to 2005, when at the age of 18 he entered the Electrical Engineering course at the Polytechnic School at University of São Paulo (USP). There, he had two significant contacts. The first one was with the sport, when he decided to tryout for the rugby team which, at that time, already had a long tradition and many state titles during the 80s and 90s. Feld was one of those responsible for what he considers to be the team’s “reinvention”.

“I played second row all five years of college. After graduation, I worked alongside other students and alumni to prepare a team that could compete in not only university championships, but national championships as well,” he says. The Rugby Polytechnic Association has its name tied to the university, but it’s now a club open to any player.

Feld served as the team’s chief financial director and player until 2017, when he won the São Paulo rugby league series A. Speaking modestly, Feld says he left the team “because he is older now and wanted to make room for new players”, but he still continues to provide financial support and acts as an advisor.

Feld’s second important meeting which also helped him pave his way to Wildlife, took place at the Polytechnic School. “During the course, I was in Rafael Garib’s class (director of Game Development Engineering) and we were in the same class as Victor Lazarte, co-founder of Wildlife, which I’ve known since the 8th grade,” he says. In early 2012, while having a beer together, Victor explained that he had hired approximately 15 people to work in the development of mobile games and invited Feld to join the team. “Understand that those were very different times and our job interview process has evolved a lot since then,” he says amused.

While in college, Feld began his professional career at the multinational Oracle, specializing in database development, and after graduation in 2009, he worked for two years as a consultant for BExpert, a company focused on the implementation of CRM tools.

When invited by Victor to embark on the Wildlife adventure, Feld made one thing clear: he explained that he had not worked in programming for some time and that if this was not a problem, he would need something else to accept the offer. “I was very frank and said I needed a salary that would at least help me pay the rent, because I had just moved out of my parents’ house.” With everything settled, Feld started as a Wildlife programmer in April 2012.

His taste for technology had its dose of influence from his parents, since both of them worked as systems analysts. Games, of course, have also always been part of Feld’s life. “As a child, I had a Master System, which I played with my father. As a teenager, I had a Nintendo 64 with the most striking console. When I received Victor’s invitation, I was still not very familiar with mobile games, that’s because it was still something very new in the market. “I used to like some games made available on Facebook, especially an RPG one called Mafia Wars”, he recalls.

MANY CHALLENGES AT WILDLIFE

Feld spent approximately three years as a developer, sharing with wildlife’s other co-founder, Arthur Lazarte, the role of product manager. “It was mega challenging! I developed and designed the project of the game. At the time, the team of artists played several games at one time. In addition, I had to relearn how to program and master the language of the cell phones”. After this period, he moved to the marketing area of the company, taking care specifically of monetization with ads in the games.

Again, Feld had to face an unprecedented challenge. He explains:

“Today, the Marketing area has about 150 professionals, but when I arrived, there was only one other person besides me. We had to learn everything ourselves and do what was necessary to make things work. I dove right into the polls and talked to those who understood the subject.”

As for learning from people, Feld makes it a point of highlighting Wildlife’s opportunity to work with colleagues who are, in his words, the brightest people he has ever met in his life. “Over the years, Victor and Arthur brought amazing people to the team. In this daily exchange, I was able to acquire the knowledge I needed to carry out new activities”, he says.

Since October 2018, Feld has been a business development manager, taking care of Wildlife’s relationship with its main platforms and with his biggest partners, Google and Apple.

In all the roles he has performed, Feld recognizes that his ability to work well as a team was an asset. He attributes the maturation of this characteristic to sports, which also gave him other learning experiences. Feld says:

“I think sport teaches us how to deal well with frustrations. Defeats are part of the journey and offer valuable lessons. I’m proud of Wildlife’s gaming portfolio. We had some that didn’t work out. We learn from mistakes and move on.”

According to him, the reward of this effort is, above all, to see the impact that his work has. “A game reaches millions of people. There is a little bit of everyone’s effort in these achievements. It’s a very rewarding thing”.

PREPARING FOR THE FUTURE

Even while admitting that he is not the type of guy who creates many expectations about the future, Feld points out that he continues to take care of his mind and body so that in the future he can feel good about himself. “I believe that today, my professional ambition is mixed in with the goals of Wildlife. I’m here to help the company reach its next step. All I want is to look back and be comfortable with the choices I’ve made.”

For inspiration, he likes to read. Currently, classics such as Stephen Hawking’s A Brief History of Time and The Black Swan, by Lebanese essayist Nassim Nicholas Taleb have occupied his spare time. As for games, he confesses that his favorite is Zooba, even as a Sniper 3D and Bike Race regular player.

What about physical activity? “I like to CrossFit, which I’ve done for five years and I run. Recently, I started up yoga again, thanks to an initiative of Wildlife, which offered online activities for these times of social isolation”, he says. He reveals that all this preparation also serves to keep restless.

“I think restlessness is what keeps us motivated and encourages us to grow. Wildlife values these characteristics, because it brings together people who are always curious and who want to learn.”