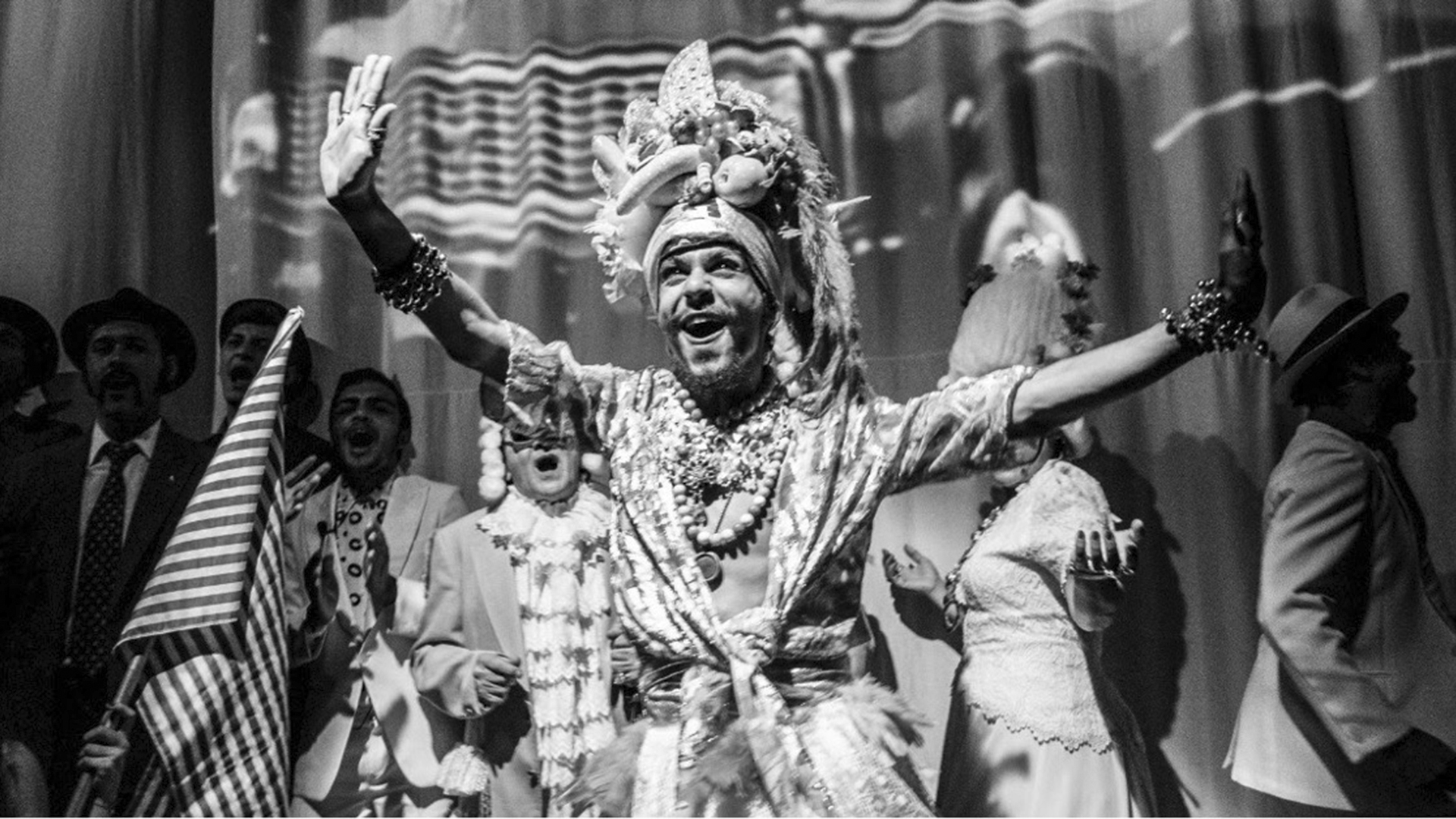 Lucas Vieira, Associate Culture Coordinator at Wildlife, tells us about the appeal of creativity when creating experiences that strengthen internal culture.

About 100 days ago, when he joined the more than a thousand Wilders, Lucas Vieira went through a moment that was, in short, Inception, the movie starred by Leonardo DiCaprio where characters live dreams inside dreams, at its finest: Wildlife’s onboarding experience for new employees. After all, as a new member of the People Experience team, a key part of his job would be to develop initiatives and processes that connect people to the Wildlife culture from their first steps as part of the company.

With a career that brought together his graduation as a software developer and his experience in event production, Lucas is a gamer that got the opportunity to work in an industry that he admires since he was just a teenager. After starting his career as a software developer for companies on several industries, he realizes that his analytical abilities and technical expertise could be applied in better ways.

“I worked as a programmer at a time in which this role was pretty lonely. I always enjoyed the company of people and missed the interaction, missed being able to transform my colleagues’ experiences somehow”.

Adding to that, he felt the pressure of an aggressive environment that eventually led to a burnout, which brought Lucas to a turning point – in both his personal and professional lives. That was when he ended up joining a acting drama group and began exploring his more creative side, as well as increase the potential of his relationship skills.

This life renewal managed to get him four years of work in a completely different industry, as well as an intense relationship with several artists. “Focusing on the more subjective aspects and work so closely to the people allowed me to regain my physical and mental health, as well as teaching me a lot of new things”, he says. Through this experience, Lucas departed from software development and joined the AV production field, where he had the opportunity to integrate his technical prowess and passion for technology in the creative universe.

The doors of cultural production were then open: Lucas started to produce concerts, events and festivals. This road eventually led him to work on the event department at a startup company, which was a moment of discovery, since he worked within a team with full autonomy – one which grew to the point of promoting partnership events with the Culture and Employer Branding teams.

He tells this was a touching experience since he had the opportunity to work on the very basis of the company. “I started browsing the calendar, looking for celebratory dates, with a strategic mindset, focusing my attention on activations that brought social impact, as well as having the opportunity to take part in initiatives regarding diversity and inclusion”, he tells.

Then came 2020 and, as he tells us himself, the need to reinvent himself in a world radically changes by the pandemic. So he went to the countryside to recover his energies and, at the moment he decided to come back to São Paulo and rejoin the corporate market, he heard about Wildlife.

Lucas was looking for job openings that really made sense to him, seeking the kind of environment that he could truly relate to. “I didn’t know about the company then, but I was already playing some of Wildlife’s games. Ten years after starting my career, the symbolic weight of an opportunity to work in the gaming industry felt like a calling to me”. Since his first interview, he tells us that the affinity was felt from the get go and, with a keen eye for corporate culture, he found the entire mechanics of the process rather interesting.

Vieira then took the job as an Associate Culture Coordinator,  working alongside the team responsible for developing the best experience for all the Wilders, since the very first contact, going through the onboarding process, internal communications and other checkpoints between employees and corporate, such as event experiences and swags, starting out on revamping the onboarding for Wildlife’s Brazil team.

The area where Lucas works brings the kind of optics that are, at the same time, privileged and challenging: it analyzes and offer solutions both from the company bias, as well as the employees’. Wildlife, due to its size and international attributions, has a huge volume of information that should be transmitted to the team in an efficient manner, in order to propagate internal culture.

According to Lucas, it is important to do this in a consistent manner, since the first part, and at the same time create spaces for each individual to have the proper autonomy to connect the dots and strike on his own learning journey.

In his case, he tells us that this was the first time he joined a company straight to remote work model. “This was something that scared me a little at first. After all, it is inevitable that you lose something that only being there in person can bring. The culture is built in hallways, but we’re reinventing ourselves to also build it through the screen. The entire team has a very open and forward relationship, which is complementary to what I find myself comfortable in – there’s a real collaborative mindset”.

To him, the remote dynamic changes the definition of “impact”.

“Bringing together so many people at the same place brings a more community-like feeling. Even with dozens of people, an online meeting doesn’t really allow you to convey that feeling. The challenge here is to find other ways to create something close to that, so each one of them will feel like they’re part of it”.

On the other hand, he believes that remote work can bring the best out of the most talented people, crossing over geographical boundaries.

The future is diverse

Lucas believes that diversity, social impact and mental health turned into core business topics within the industry, and these are all “aces-up-in-sleeves” that will keep making a difference for companies throughout the next decade. “This change comes from people who demand a better quality of life and companies that fail on that lose investments every time a talent leaves them. A high turnover rate isn’t bad just for the image, but also for business”.

In his opinion, in organizations where creativity is a central value – such as Wildlife -, diversity is the main pillar to bring great solutions. High performance is in the company’s DNA, and it sees to adapt its structure and invest more in people development, making proactive use of resources and offering above-average compensation, for instance.

“I believe that I arrived at a strategic time at the company, where working on D&I and quality of life topics bring a fundamental role here and on the outside world”. Also, according to him, Wildlife is interested in using its resources to create favorable conditions to develop processes that go in this direction.

One of Wildlife’s many advantages, according to Lucas, is the fact that there already is a confidence structure and the community feels comfortable to demand improvement through constructive criticism. “Starting this from scratch is very complicated. In here, we already have a demanding and participative community, which is also a reflection from the affinity groups, that allows Wilders to organize and people feel less like ‘contributors’ and more like humans”, he says.

Looking for creative and meaningful ways to answer these demands and contributing for the team to grow more engaged and satisfied is something that makes Lucas’ eyes shine bright.

“The ideas are already there, within the community. What we need to do is organize, implement and follow through on the results. We may not have all the answers yet, but when we’re surrounded by the will to do things and people engaged in a common objective, this motivates us and gives us hope that we’ll get there”.