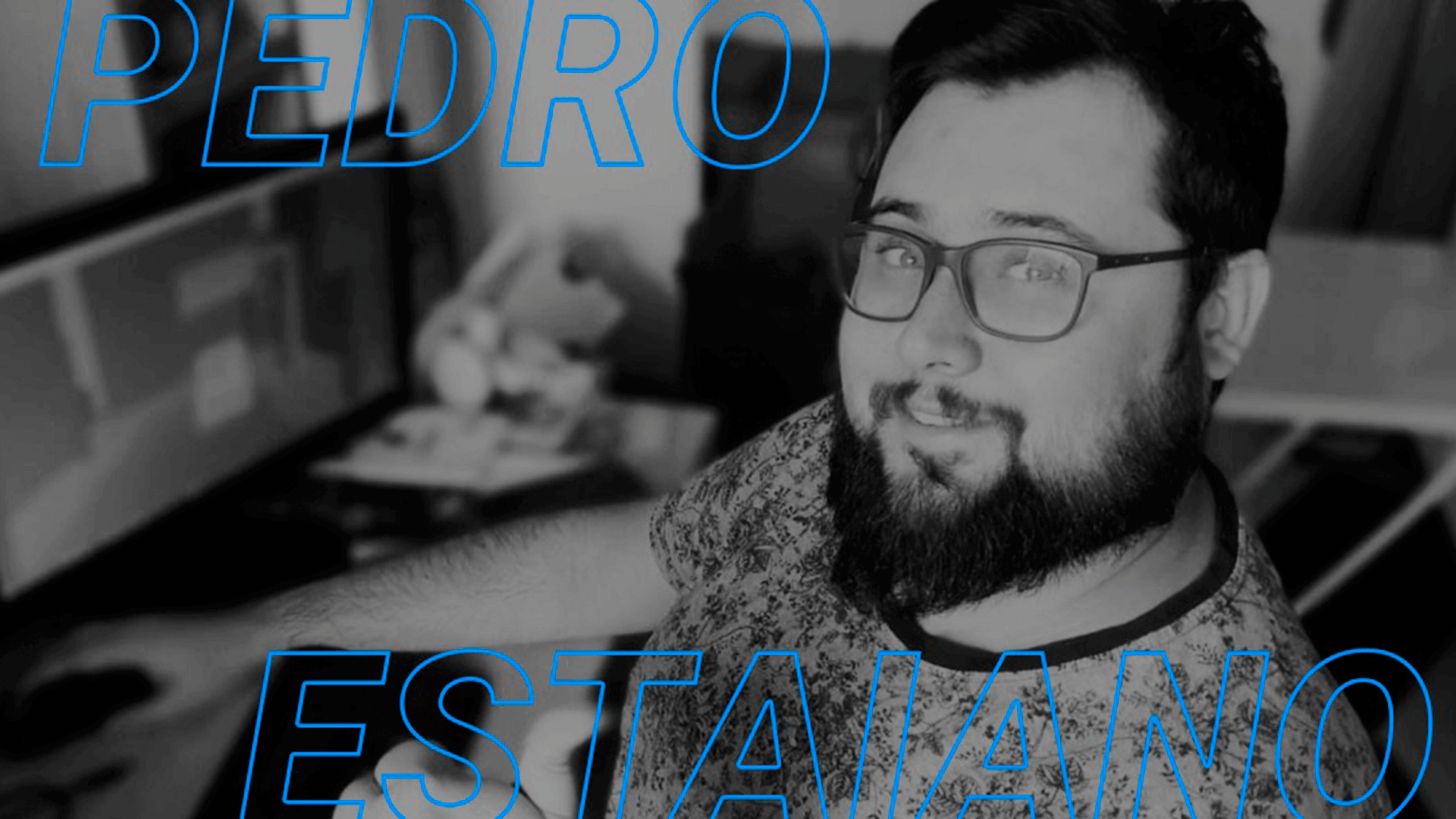 Working in a very new area in the gaming market like playables (ads that give you a taste of the game before you even download it), a segment without many other reference points, is a big challenge. So imagine what it’s like to lead a playables team in Wildlife, which strives to be a world leader in the production of these ads!

My name is Pedro Estaiano Júnior and I’ve been at Wildlife for a little over a hundred days. My work, like I’ve already said, is to lead the artistic part of the Playables team in a great mission: ensure the visual quality of our games’ interactive advertising.

But before I dive into this universe – where we can create a game within an ad, something my friends call “magical” – let me tell you how I got there.

PASSION FOR 3D ANIMATION AND GAMES

I was born and raised in São Mateus, a district in São Paulo’s East Side. I completed a technology course in Audiovisual Production recently (in 2017) at Faculdade Melies, which specialized in Cinema, 3D, and Animation. It was a two-year course (not counting the courses I took before that), and I’d already been working in the field of animation since my first year (2011), something the school itself suggested.

My first career challenge was as a 3D Artist in a naval simulator for the University of São Paulo (USP). Actually, that was my first experience with games, and I created art for ships and cities in a 3D simulator. I spent two years on this project, and then I had the opportunity to work with gaming applications at a company called Studica Solution. I grew up a lot professionally in this period, from 2016 to 2018.

That’s when I opted for a little change of scenery and, five years into my career now, I decided to work with movies and series at Quanta Post, which included productions for Netflix and HBO. I had gone through several genres by then: series, movies, and games – one of my great passions.

Wildlife crossed my path in the middle of the pandemic. My wife had already been working at the company for two years, so I knew what “being a Wilder” was like, so as soon as a position opened up in my area I decided to take a chance, and it worked out very well.

WHAT IT’S LIKE TO WORK WITH PLAYABLES AT WILDLIFE

I was hired as Senior Playables Artist – a position that doesn’t even exist in most gaming companies in the world – just a few months ago. My team’s job is to create interactive advertisements for the company’s games, in other words, those mini games that show up on mobile devices.

If you usually search for games on social media, for example, you’ve probably seen some playable advertising that invites you to give the game a try before inviting you to download the app. Well, here at Wildlife we make those playables, and we make them like no one else.

3D Playables are very new in the mobile gaming market. Most of the time they’re only 2D, but here at Wildlife we can make 3D with quality that keeps getting better.

When I joined the company, my challenge was to raise the quality of the art in our playables as much as possible. My previous experience with games, simulators and movies has really come in handy

Playables need a lot of optimization. And the challenge is huge: we need to create up to 2 megabytes of interactive advertising with quality 3D art that is still playable, so loading on more modest smartphones or tablets, for example, isn’t jeopardized.

Technically, I’m improving the optimization a lot so something that has to be so small can be more beautiful – and fun. This is a daily workout in development, both for me and the folks who work with me. We exchange a lot of information, since we run a lot of tests.

We also try to bring in new techniques that have never been used in playables before. The challenge in coming months is to keep developing and testing these playables, bringing the best possible experience to users, or to change course and try a new strategy.

That’s why we are at this stage of developing the creation of improvements. Our goal is to establish ourselves as the best company in the world in the creation of playables. I think we’re already one of the best, if not the best in creating this gateway for new players to have fun with our games.

THE CHALLENGES OF WORKING AT HOME IN THE PANDEMIC

Because I started my journey at Wildlife in the middle of the pandemic, I haven’t have the opportunity (yet) to see my co-workers in person, so I’ve only met my team virtually. Even so, I already feel very lucky to work with them.

We all have fun, we play, we work a lot and we are very close to each other. If you need help, there’s always someone who will help you. I joined to lead two people who were already at the company, and yet they were very receptive.

Adapting to the new routine was a little difficult the first few months, but I had all the support possible from both my manager and my colleagues. There’s no other company or team that does exactly what we do with 3D playables, so there was this pressure at first to come up with projects and ideas.

People at Wildlife give you the chance to do what you think is cool, so I managed to implement ideas that I liked, and I was able to improve many processes in my area.

I believe this period of social isolation has two particularly difficult aspects: joining a new company and finding your place in it. In my particular case, I’d also add the fact that I’d never worked at a company with a structure as big as Wildlife’s.

I had to learn a lot right off the bat, and not being at the physical workplace was a little tricky for me. But it was a very unique experience at the same time. I think that when we can get back to the office it will be like a fresh start, basically, like a “first day at work” all over again.

WHAT BEING A WILDER MEANS TO ME

I jokingly say that my greatest talent is to be annoying. I can’t keep my mouth shut when I see something that isn’t right. I always want to do the best thing possible. For me, that’s what it feels like to be a Wilder. It’s to always be on the lookout for solutions that will improve the quality of the product even more. Is it good? Yes. But it can always get even better!

But besides always trying to do your best in the area that you were hired for, being a Wilder also means working as a team. I really like to help, to teach. If someone needs help, and if I can help, they can call me. They don’t need to be afraid of bothering me.

When I arrived, for example, the junior staff on my team had never had the chance to work with games before. I’m very happy to teach them the things I know and see their progress as well. They are very open to my criticism and my opinion.

I think being a Wilder is precisely that. Working with a team that’s open to new knowledge. I’m here to add value, and I want my team to add value to me as well.

Here at Wildlife, if you want to do something, they really give you the chance. People here are very open to new ideas. My manager once told me: “I don’t understand anything about art. I’m an engineer, so I want your point of view.”

Knowledge at Wildlife comes from different people bringing new experiences to the table and sharing those ideas with others.

FOR THOSE WHO ARE JOINING (OR WANT TO JOIN WILDLIFE)

I think that every beginning at a new job is a flood of new information – it was no different here with me. I had to immerse myself in new processes, and this process was exhausting, but it was necessary for me to really feel at home at Wildlife. Our rituals and meetings, by the way, are also essential in this adaptation.

If you are coming in now, just take it easy. You’ll get the hang of how your team works little by little. I can also say that people here spoil you a lot! You barely blink your eye and there’s a virtual party going on, a Hackathon to join…

I can say that Wildlife already looked interesting from the outside, but now, on the inside, the scene is even better. I can’t wait for the next months to come!