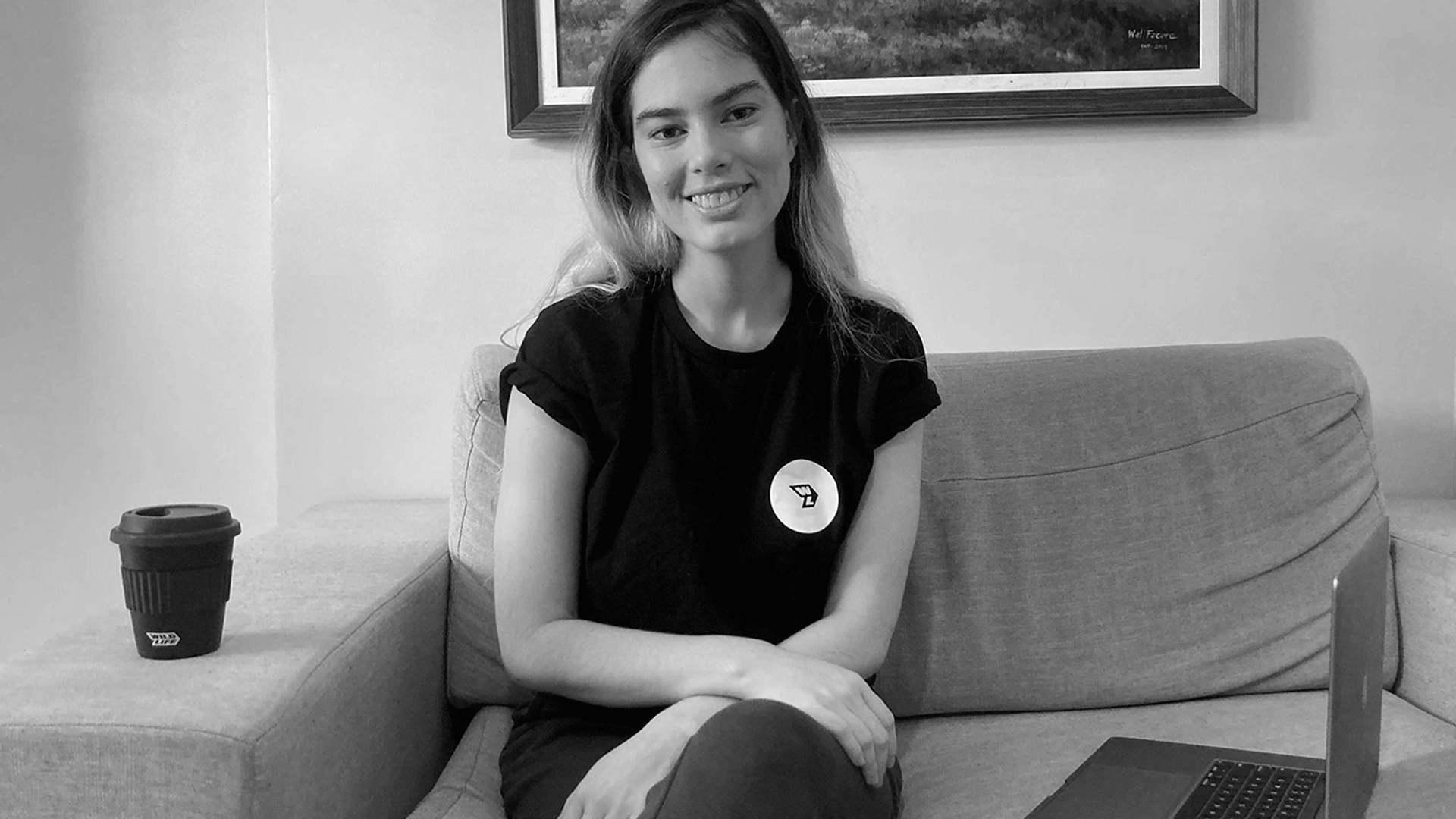 Daniella Angelos, Game Engineer at Wildlife, shares her tips for those who would venture into the areas of gaming creation and development.

A fascination for Math in high school and Computer Science in college drove Daniella Angelos to a nearly natural Game Development path, a career she’s been following at Wildlife since October 2020.

Being herself in love with the exact science’s theories and practices and, more specifically, for lines of code, she heavily invests in the constant search for knowledge to code better every day and open up the path for other women to pursue careers in technology.

The theory behind the development of practical applications is something that has been moving Daniella since early ages. When she went into college, she was captivated with Mathematics and Programming, soon taking an interest in Computer Theory.

“[Eventually] that took me to the field of research. I acted as a tutor, I taught classes, I took my Master’s Degree, but the time came for me to work with something with a more direct use, more grounded in reality”, she recalls.

So, even before she got her Master’s Degree, she started moving from academics towards the market, taking up a software engineering position at a company located in Brasilia, the city where she lives. “I’ll admit that their good paycheck had some weight in my decision because technology openings are more and more valued in the market. But I also thought it would be a fun challenge to take on”. Back then, Daniella was working directly with their biggest client, an international company with a lot of relevance in the industry. She had the opportunity to use a lot of math and software development skills in her day-to-day routine.

Even though the path that led Daniella to start working as a Software Engineer in the industry went through formal education, she highlights many different ways that can guide you to the same place. “I have a lot of incredible colleagues that never stepped a foot in college. You have to find the way that works best for you.”

In the middle of 2020, Daniella was contacted by Wildlife to be a candidate for an opening at the company. Much to her surprise, she was recommended by another professional in a referral fair-like event that sought to amplify women’s presence in the technology industry, opening safe spaces for them within companies. As a software engineer, Daniella knows full well how important that is.

As a woman in a primarily male industry, Daniella reveals some of the obstacles she had to overcome, facing things like jokes of poor taste, for instance, since college – some of them, in fact, coming from teachers themselves. In one of her early semesters as a student, one of her teachers made his point to embarrass her so much she opted out of his class and spent the entire graduation course avoiding him. “It is also very common for us to feel discredited and underestimated. We lose count of all the times we have to hear we don’t belong here.”

According to her, this is the kind of problem that, most of the time, makes girls simply quit courses and, consequently, drop out of careers in exact sciences and technology. “The misogynistic jokes and the prejudice did not need to be aimed at me specifically to bother me, that’s why I stopped tolerating bigotry and began standing up to them. That made some perceive me as ‘that annoying girl’, even by some close colleagues who put up with that kind of behavior to ‘fit in’ with the crowd”, she says.

To amplify her voice, Daniella attended events and actions that supported women’s inclusion in technology careers, including those that encouraged girls in public schools to know more about the industry. Even if she felt unmotivated at times, not only Daniella did not give up, she also made a point of positioning herself as someone who knows what she’s doing.

That’s why she is a firm believer of the work promoted by Women++, a group inside Wildlife that’s dedicated to promoting gender equality throughout the entire company.

“Our group has a key role in career mentoring inside and outside Wildlife. After all, seeing women in leading positions is inspiring to everyone. In the group, we implement space of trust to also talk about topics that affect us outside of the work environment”.

STUDY AS A FORM OF DAILY PRACTICE

If, as a child, video games were present at her fun moments with her sister after college, her interest in gaming came back as a topic of leisure to talk about with her friends and as a career opportunity. Game development shares many skills with other software development areas, such as mastering a programming language, knowledge of software architecture, databases, algorithms and data structures and so on. However, Daniella also highlights the importance of being curious to learn how things actually work and seek to apply logical thought processes daily. “When it comes down to it, it’s all logic”, she says.

For that reason, she thinks it’s essential to reinforce the notion of constant learning. But how do you do that? Well, according to Daniella herself, the best way to learn is to use as many resources as you can find. “Devour” tutorials, read books that suit you, depend heavily on software and platform official documentation and be an active part of the community, where other developers share their knowledge, questions and findings. Find blogs, YouTube videos, and even podcasts to find the help you need, either to understand specific concepts or to get more general ideas. But the most crucial part of learning is practice. It is nearly impossible to retain all this knowledge without practicing it intensely. “You have to write code! Write along with the tutorials, write small pieces of software to test ideas. Just write. And don’t hesitate on asking for help, since it’s important that we recognise there are obstacles too difficult to overcome on our own.” For instance, Daniella is studying Unity, the engine Wildlife and a lot of other companies use on the development of games.

Not only that, but Daniella also shares a tip for whoever thinks of following this career path: networking.

“Make connections. Today, that stereotype of a loner, isolated and introspective programmer is out of touch. Professionals create entire communities, all of them very active and willing to share knowledge, with goodwill and always available help. Besides, this is an ever-expanding area, so they’re always on the lookout for new talents to hire for an above-average pay”.

For her, it’s also important to have some user experience in gaming since it helps you comprehend mechanisms and dynamics that work with the public. “It’s important to understand what a ‘core loop’ is, as well as understand the meaning behind terms like ‘meta-game’, ‘freemium’ and other industry concepts. There is also a constant concern with the end-user, who provides us with immediate feedback, but also has a very fragile bond that needs to be constantly fed by us to generate appeal”.

Daniella’s vision explains the need to correct mistakes as fast as possible, since every flaw has a significant impact on user engagement and, in such a fast-paced market, this also affects your business results: “for instance, even if for a concise period, a broken game can lose a lot of players for good”, she tells us.

It’s the kind of vision from someone who’s genuinely inserted in this industry. At Wildlife, she has worked on Zooba, which happens to be her favorite mobile game and one of the most popular and engaging titles from the company. Daniella’s team re-designed the clan-related functionalities, which allow players to form teams, chat and help each other, creating a way to reunite friends to play together.

“I’m just glad to be able to contribute to the Zooba community, see people play it and praise it. I like to see even the most hard-hitting criticism because they show how relevant what we’re making here truly is”, she celebrates.